The Science of Happiness

The Science of Happiness

I signed up for my membership for Netflix online in August of 2013. I was all excited to start watching and sharing with my kids the classics and getting caught up on all the movies missed over the last 10 years. What I found was that Netflix didn’t really carry those movies  online. Well, I had planned to cancel my membership when I decided to see if they had any documentaries.

Lo and behold, hundreds and hundreds! Ken Burns, PBS, BBC, social issues, history, philosophy, politics. Well, now I’m in pig heaven. For the next few weeks I would come home and get that feeling I get when I watch a good documentary; wiser, more worldly and informed (even if only an illusion).

But my favorite documentary is one called, simply, “Happy”. It actually discusses the relatively new science of studying what makes people happy. Lots of experts, studies, and great stories. And this is the wonderful and inspirational message I was left with.

Almost all of us are attracted to pleasant people, content people, people who don’t sweat the small stuff (you know the type, not so much the ‘big smile’ as the good-hearted/sincere type). But happiness and contentment tend to be illusive to most of us in the United States. We’re the richest country in the world, yet our happiness level isn’t very good at all.

Here’s some of the things I thought were especially insightful.

Money Happiness?
Does it buy you happiness or not? Well, yes and no.

According to Daniel Gilbert, Ph.D., author and scientist in this field, it depends on who you ask. “If you ask a person struggling to feed his or her family, the answer is different than if you ask Bill Gates”.

So the difference that money can make to the happiness level of someone who makes $10,000 a year and someone who makes $50,000 is big, but between the person who makes $60,000 and $60,000,000, not a smidg according to several studies. And it’s because of something that happens to us when we have excess resources.

This condition even has a name. It’s called the “Hadonis” treadmill or the “Hadonis Adaptation”. It basically means, as you get more “stuff” you quickly adjust and then you just need more stuff.

Dopamine
So what makes us happy? Well, it appears that a natural substance in the body called dopamine is responsible.

So the next logical question is, how do we get dopamine?

Extrinsic vs. Intrinsic
Well, while society tells us to make money and glorifies status, those very things are called “extrinsic” motives and (extrinsic means “coming from the outside”). What’s interesting is that they are not very good at producing dopamine. In fact, they can have almost the opposite effect.

What appears to be really good for producing dopamine are ‘intrinsic’ accomplishments.

And here’s how these “-trinsic” forces break down:

Extrinsic – 1) Money (money and the pursuit of it), 2) Image (the pursuit to show ourselves as superior), 3) Status (the persuit to be above others). As it turns out, these are not effective producers of dopamine at all.

Intrinsic – 1) Self improvement (improving one’s self; as in the mastery of a skill or knowledge), 2) close relationships (family, friends), 3) Community Involvement (feeling like a valuable, helpful part of the people around you and your community). – Now, these have been proven to be REALLY good producers of dopamine.

Sounds idealistic? Well the science of happiness has exposed some very interesting data. In fact, people who get involved in projects to help others – whether directly or getting involved in a group project (i.e., cleaning a park, helping someone across the street, handing out food and so forth) can give people a dopamine boost equivalent to a direct shot of heroine.

Even the scientists were surprised by this. Intrinsic activity actually activates the part of the brain that produces the dopamine.

As we get older we start to lose dopamine production, and according to the science, the best way to keep dopamine levels high is through exercise and being “in the zone” (meaning, doing something you’re good at and can concentrate on without the pursuit of personal gain). For some it’s mountain climbing, others cooking or playing music. When you’re good at something, it gives you satisfaction and a feeling of self worth. Also, having new experiences (see Intrinsic’s #1 is self improvement).

So the scientists say, use it or lose it.

I notice, I get a nice jolt of the jollies when I see a good documentary, because I feel more informed with new ideas and thoughts.

The fact is, having only extrinsic successes is more likely to lead to feelings of isolation, depression, anxiety and a feeling of being less vital and less energized.

Now the science also says that much of our happiness is natural (genetics are responsible for about 40% of our happiness level) and only about 10% is circumstance. That leaves 50% that is influenced by our own actions and decisions that can make dopamine.

So if we exercise, do things we’re good at, make good relationships, and have new experiences we can increase our happiness (dopamine) level.

So, does money make you unhappy? Not really. The science of happiness tells us that intrinsically motivated people tend to have better relationships and because of that, on average make better than average money (often due to relationship building), plus they’re happy. The difference is, they’re not really too concerned about money.

That means you can still have that nice purse or cool car, it just won’t be that important to you, because by nature you just won’t be as status conscious and will have a ‘happier’ set of values.

To me, this was nothing but good news. I’m not claiming life is fair, but there is something nice about just being able to get my out of life by having good intentions. Better than running ourselves crazy thinking we’ll be happy by making more money or owning nicer things than someone else.

Now, we just have to decide what dopamine producing choices to make. Documentary anyone?

Matt Kramer
Citizen of the World 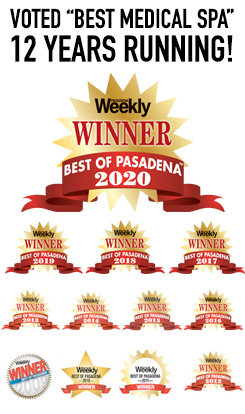 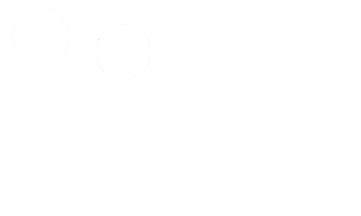